Meaning behind 'Sea of Qi'

Sea Of Qi (pronounced Sea of Chee) is the English translation of an acupuncture point ‘QIHAI’ located on the lower abdomen. This area is sometimes referred to as the Danton in qigong and martial arts. This point generates qi and yang, it is where vital qi is stored and can treat deficiency of original qi and deficiency of qi all the organs.

Acupuncture can be traced back to at least 2000 years. Acupuncture was developed from the theories of yin and yang and 5 elements which are systems in which the world was defined in China.

Yin and yang are opposing forces in nature they control and create each other. When one becomes in excess or deficient the other will dominate and disease will arise.

Qi (Chee) is the fundamental substance of all things, all phenomena is produced by changes and movement in Qi. Qi is the ‘vital energy’ which we harness and move with acupuncture. Qi is the essential substance of the human body which maintains the vital activities of the organs and all other functions.

Qi is too fine to be seen, changes in the movement of Qi are expressed in the movement of the body. Meridians are the pathways in which Qi travels throughout the body and is connected to the limbs, joints, organs and superficial tissues.

In the treatment and prevention of disease Acupuncture aims to regulate the flow of Qi, acupuncture points along the meridians usher Qi to distant sites to achieve curative aims. Disease can result from, injury, stress, overwork, poor diet and lifestyle choices, disease pathogens, environmental and weather conditions
. 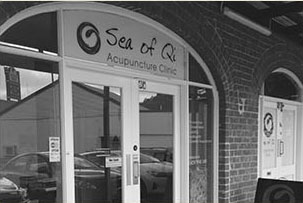